Starting with a stunning 3D image of a real scale-sized golden plane descending and landing on the stage and have the artist come out of it onto the wing with dancers and start performing his songs is a spectacular show opening.

“Technology and design have always been part of our creative process,” says Rodrigo Proal, CEO of Darmah, a multifunctional studio that specializes in product design. The production designer/director has an industrial engineering background, so he comes from a unique perspective to bring key elements on how to “bring emotion to the audience.”

Bianca Moncada is the creative director whose background includes graphic design before becoming a visual designer and working in video. “Our goal is to unify all the elements on stage to create a balanced composition and a great picture. This includes the technical elements — screen visuals, props, scenic — to the more organic ones — talent, choreography, wardrobe. We strive to find the right balance between all of that, and then take advantage of the latest technology to create unforgettable moments,” she says.

For the song “Shaky Shaky,” we see DY’s face on the screen in profile, and then his face “comes off” and a bridge comes out, which soon holds dancers. Other artists “show up” as giant holograms. For his big hit, “Con Calma,” nine bobbleheads dressed as his many looks represent each chapter of his career. Another stunning moment is reality-based: He performs in front of the three-story apartment complex of his childhood. “To end the show, we left the very best for last — the worldwide hit, ‘Gasolina,’” Moncada explains. “Part of the video screen lifted as if it was a garage gate, which cued pyrotechnics followed by dancers who came out on a Polaris sport cart.”

The video screen partner of choice was ROE Visual. “We strongly respect ROE Visual, and for 15 years have considered them allies,” Proal says. “They are our number one choice when it comes to adding any new product to our LED inventory.” He adds that the two companies have much in common. “They share our passion for creatively pushing state-of-the-art technology, and they always understand our needs when it comes to designing a product that would fit our inventory of gear.”

Darmah has not been a passive vendor in all this and has worked with ROE Visual to develop their own custom LED gear with great success. “We want to thank our friend Frank Montero and the entire ROE Visual team for always trusting and willing to support us in any way.” The ROE Visual LED panels used in this extravaganza included the Vanish V8S Transparent LED Screen with a 170-foot-wide canvas as the main stage, which “was the first time this has been ever been accomplished.”

As for media servers, Darmah has been working with disguise since the company began. “It has become a design tool that is part of our workflow from planning to visualize and deliver,” he says. “We consider ourselves silent partners as we have trusted this system since day one. We are proud to say that Darmah was the first company to create a disguise studio worldwide.” Used on this show was disguise’s vx 4 and 4x4pro. Other video technologies included Notch VFX, which was used to integrate real-time graphics control, and special VFXs for the live camera work.

Darmah specializes in live television events and concert tours. They’ve been part of the Latin Grammys, Billboard Latin Music Awards, iHeartRadio Music Awards and many others. They have also worked with BTS, Ricky Martin, John Legend and Usher, among others. The company has studios in Miami and Mexico City. The team has worked with DY in the past, mostly on his television performances.

“Right before this tour came up, we had just worked with him on the Late Late Show with James Corden” on CBS, Moncada says. “It was a big deal for the Latin community, as he was the first Latin artist to ever perform on the show, and we were grateful for the opportunity to be part of it.”

“Darmah is like a fraternity, and all projects we do, we speak about as ‘we,’” Proal says. “Most of our crew has been with us from the beginning, and nothing done here is by any one individual, but by our team.” 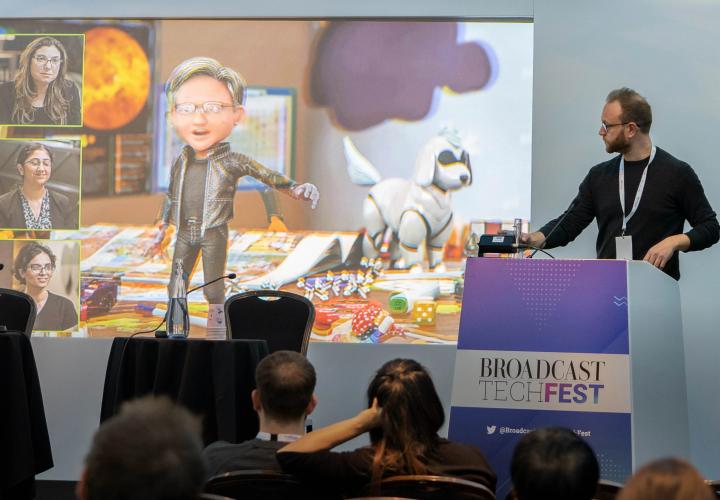 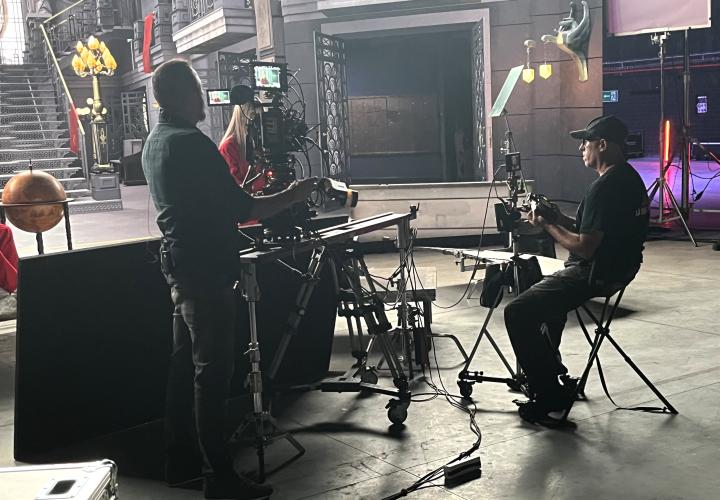