ROE Visual LED panels were prominently used in the stage design for Robbie Williams sold-out run at the Wynn Las Vegas. The Encore theater was used to its maximum capacity, creating the look and feel of the Robbie Williams stadium tour shows on limited stage size.

The Robbie Williams show at the Encore theatre in the Wynn Las Vegas is designed by Sean Burke from design company Holes in the Dark. Burke got involved after he received a call from production manager Omar Abderrahman: “Omar was approached by Rob’s management in the UK to look at the feasibility of doing Rob’s ‘normal’ big show in a small room. They asked if I wanted to have a look at it. Then it was really trying to figure out how to maximize that kind of a show in such a tiny space. The proscenium arch is only 48' and stage 32' deep.

Using a mix of projection and video screens, the video content was supplied by the UK based We Are Shop, driven by a disguise gx2 server.

At the back of the stage, three ROE Visual CB5 LED screens were placed, which were provided by Colonel Tom Touring. Two of these screens were curved at an angle of 5 degrees, using the excellent curving option of the ROE Visual CB5 panels. The lightweight, carbon fiber screens provided a suitable solution within the relatively low proscenium height.

The three-screen look worked also great for IMAG, says Burke: “For something like this, you don’t need lots of big IMAG. Robbie was standing there, directly in front of you; you could almost touch him. The other reason I wanted to break it up is that the lighting rig—a combination of the house system and a system we brought in—was mostly on the floor and in towers positioned between the video walls. It worked quite well.”

Robbie Williams’ Live in Las Vegas concluded its run earlier in the month. Talks are in progress about another Williams production in Sin City.

This article is an adaptation of its original source: http://www.lightingandsoundamerica.com/reprint/RobbieWilliams2019.pdf 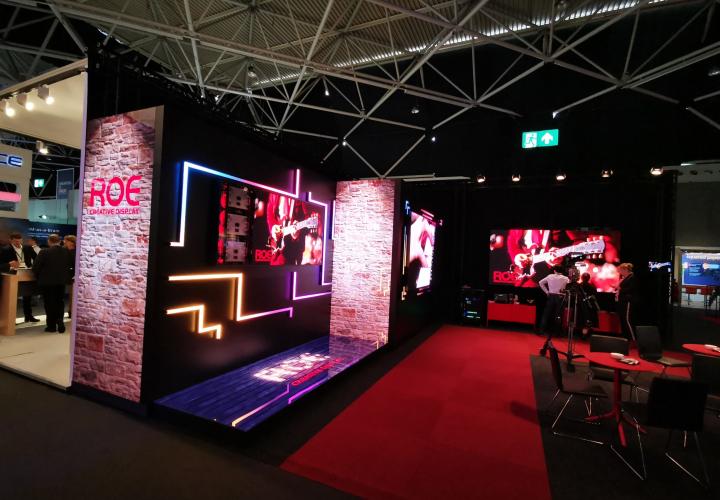 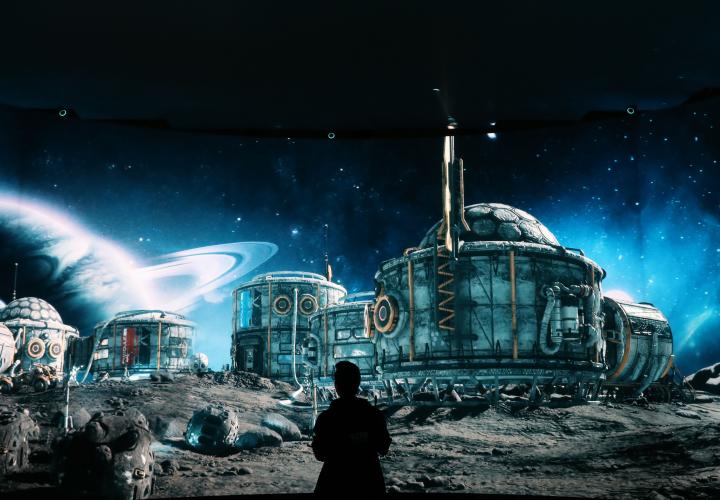