With a Dutch finalist in the Eurovision Song Contest, the ROE Visual European office, based in the Netherlands, has two reasons to be proud; PRG selected the ROE Visual LED products to feature in the prominent back wall and stage floor that were part of the stunning stage design.

The 2019 Eurovision Song Contest saw the return of video as a central element in the stage design. PRG, commissioned as main technical supplier, provided all the customized show solutions that were needed to translate the creative set design by Florian Wieder into efficient and feasible show elements.

“Standing out as main elements backing the performance stage are large rotating panels. These LED cladded panels are composed of ROE CB5 and mounted on turntables. Another great element for the show is the LED floor on the main stage, which consists of Black Marble 4 modules”, explains Ingo Rehnert, Senior Account Manager PRG.

"The total resolution of all the LED in the stage comprised of 16,998,976 pixels, making it the highest resolution in a Eurovision stage ever."

The stage background featured an immense 36m x12m high resolution LED wall, comprising of 12 single screens that were placed on tracks, enabling them to move vertically and revolve 180° to let light through from the very back. The LED panels are fully integrated in customized metal frames, resulting in a clean look.

These twelve columns, representing the 12 tribes of Israel, measured each 3m x 12m and consisted off ROE Visual Carbon series CB5 LED screens. The Carbon series is loved for its fine 5mm. pitch and black-faced LED which creates a great contrast. The total resolution of all the LED in the stage comprised of 16,998,976 pixels, making it the highest resolution in a Eurovision stage ever.

Content for the screens was run by 4 video operators on 4 D3 Disguise media servers. Having an on-site content team enabled the creative team to make last minute changes to the content and guarantee the best performance environment for each of the 41 entries. 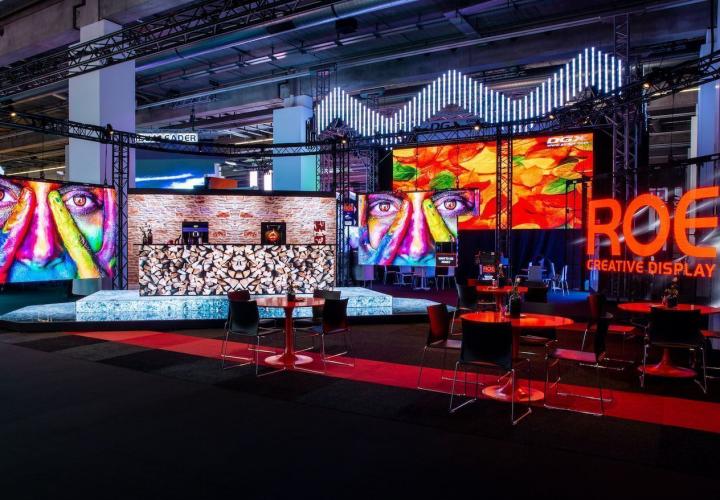 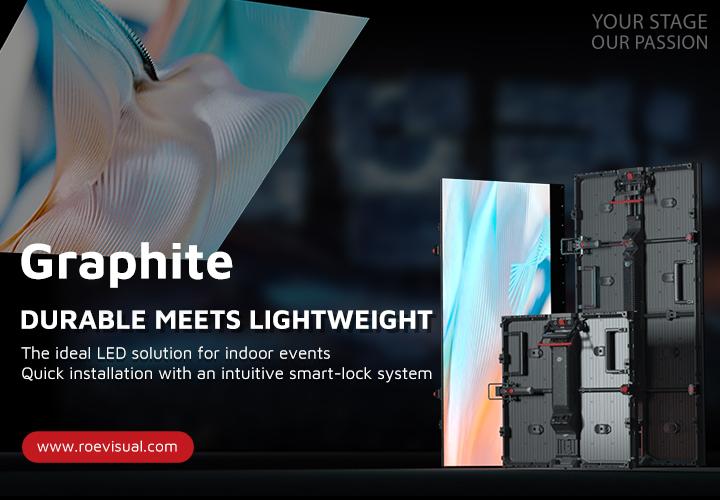