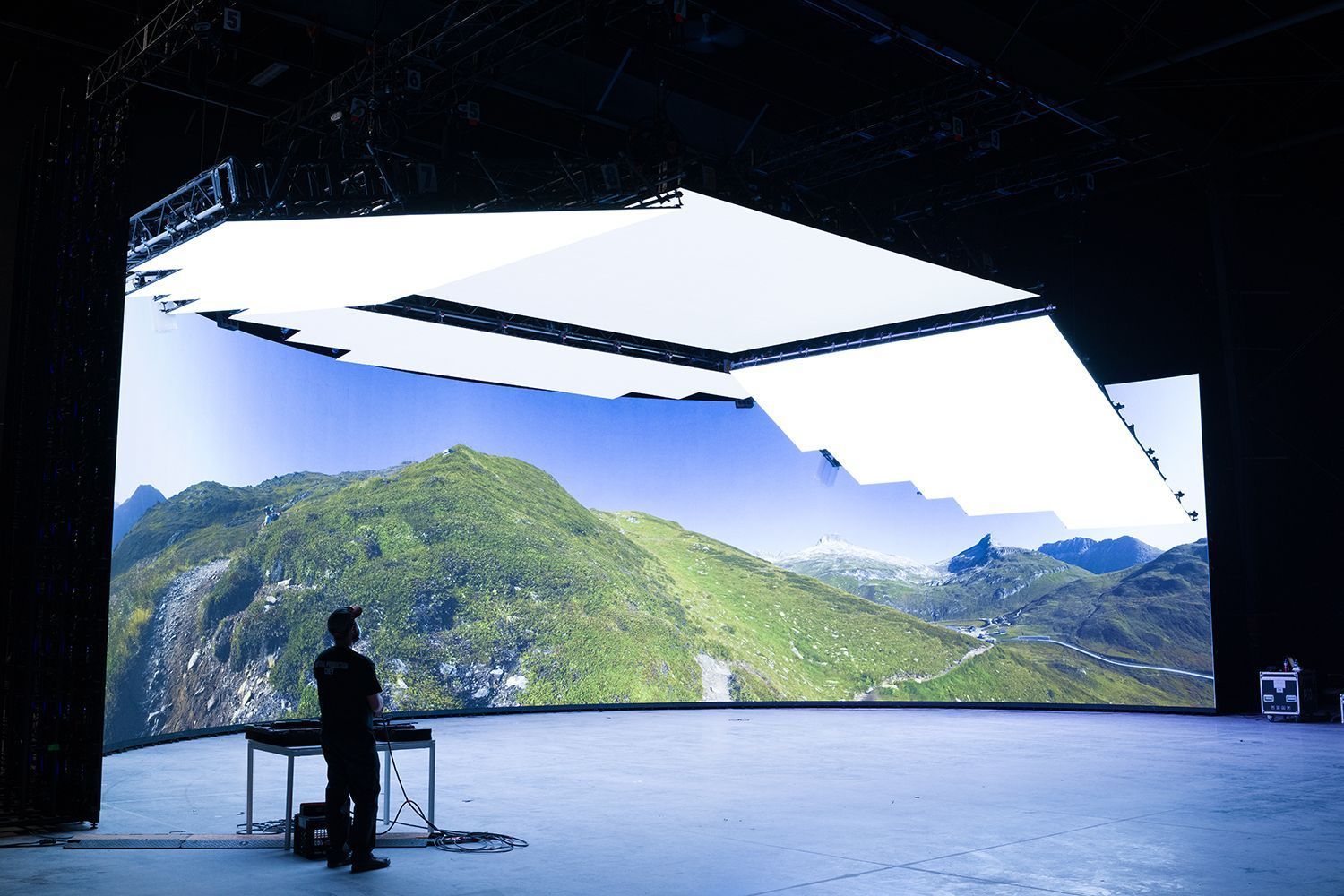 The new Toronto stage, named Stage 6, occupies an area of approximately 16,100 square feet. The ceiling consists of four modular and dynamic sections, each of which can move and angle independently, providing more flexibility. The stage is designed for short-term bookings for film and TV production and commercial shooting, creating more opportunities for creators to touch on the emerging field of virtual production.

The Stage 6 volumes, as well as the upcoming Vancouver stage, was designed and built by PXO and WFW in close collaboration with their technology partners Brompton Technology, Epic Games, Lenovo, NVIDIA and ROE Visual.

The LED volumes for both studios consist of 456 pieces of ROE Visual Black Pearl BP2V2 LED panels, and 194 Carbon CB3 panels. Having an excellent experience with these LED panels in their first studio, choosing this type of LED panels was evident for PXO.  The ROE Visual LED panels offer a very stable solution, their color accuracy contributing to an outstanding in-camera performance.

“We believe that the advanced virtual production facilities in this volume will help to promote development in this field. This allows us to give more content providers access to this new technology,” states Jonny Slow, CEO of PXO, “ROE Visual provides us with high quality LED products, and we are delighted with the results. Having worked with the BP2V2 LED panels in our first volume, they perform in line with our high expectations.”

“We feel proud to work in such close collaboration with Pixomondo. It’s our pleasure to become the preferred choice for this project. Following the long-standing relationship, we are looking forward to working together on the future projects “, said Frank Montero, Managing Director of ROE Visual US.

The two stages are part of a new collaboration between WFW and PXO to build LED volumes across Canada together. Under the new arrangement, WFW and PXO will co-rent LED volume equipment.

PXO is an Oscar and Emmy award-winning international visual effects and virtual production company with a global network of six studios in the United States, Canada, and Europe.  It launched its virtual production division in January 2021 with Canada’s first LED volume facility in Toronto.

WFW, a Sunbelt Rentals company, is the largest provider of production equipment to the entertainment industry in Canada with over 1.4 million square feet of production-ready studio properties.