The Remarkable Rise of ROE Visual

During the last 16 months, when so much of the industry has been on pause, ROE Visual has gone from strength to strength, supplying its video panels to an astonishing number of high-profile projects. In the last year alone, the company’s US division has been involved in sports events like the Stanley Cup, All Elite Wrestling, and the Super Bowl Halftime Show; ceremonies like the Academy of Country Music Awards and MTV Music Video Awards; television competitions like American Idol and I Can See Your Voice; Broadway shows like Frozen and Ain’t Too Proud; and spectacular one-offs like Miami City Ballet’s outdoor production of The Nutcracker and Global Citizen’s Vax Live: The Concert to Reunite the World.

Indeed, ROE has enjoyed a remarkable run so far, especially in the US, where it has ridden the wave of video in all sectors of the live events market. It’s a notable achievement for a company that is less than 20 years old. Much of its success comes from being in the right place at the right time, often pioneering new applications for its products.

ROE’s history began in Shenzhen, China, in 2006 when Jason Lu, a recent college graduate, founded Radiant Opto Electronic Technology, an LED manufacturer. (ROE is an acronym of the original title.) The company distinguished itself early by creating LED mesh products, a concept that was still news. The first few years saw the usual struggles but, in 2009, a representative from XL Video—at the time one of the major players in the world of video for live entertainment— purchased some of Radiant’s mesh product for a Bon Jovi tour.

This was a big deal for the company: A relatively unknown player in China was being offered entrée into the lucrative concert touring market. Grace Kuo, ROE’s sales director, recalls, “Kristof [Soreyn, of XL Video] asked Jason, ‘Young man, can I trust you?’ Jason said, ‘Yes.’ Then they made this deal, which was very important for Radiant. After that project, leading companies in this industry learned about Radiant.” A year later, VER—another major industry player— also visited Radiant and placed an order.

At the same time, Radiant was struggling to obtain a foothold in the corporate market. Kuo comments, “The Linx Series [at the time Radiant’s leading product] is unique but was for a very niche market. I still remember that I sent quite a lot of emails to Dave Crump and Graham Andrews [both at corporate events powerhouse CreativeTechnology], but I would never get a response, since they had no interest in the product.”

The product that arguably provided the breakthrough was the Magic Cube Series, which delivered a range of pixel pitches suitable for concert touring, among other sectors. Ultimately, 20,000 sq. m. of the product was sold. Emphasizing the importance of it, Kuo divides the company history into three phases. “The first four years were about survival but also learning and gathering experience. The second phase was about internalizing what was learned.” The third phase, in 2012, came with the introduction of the Magic Cube Series with a complete touring frame and dolly. The panels were hugely successful, opening up the touring market for the company.

Subsequent products, including the Black Onyx, Vanish, and Black Marble lines, helped expand the reach of ROE Visual into a broad variety of market sectors. 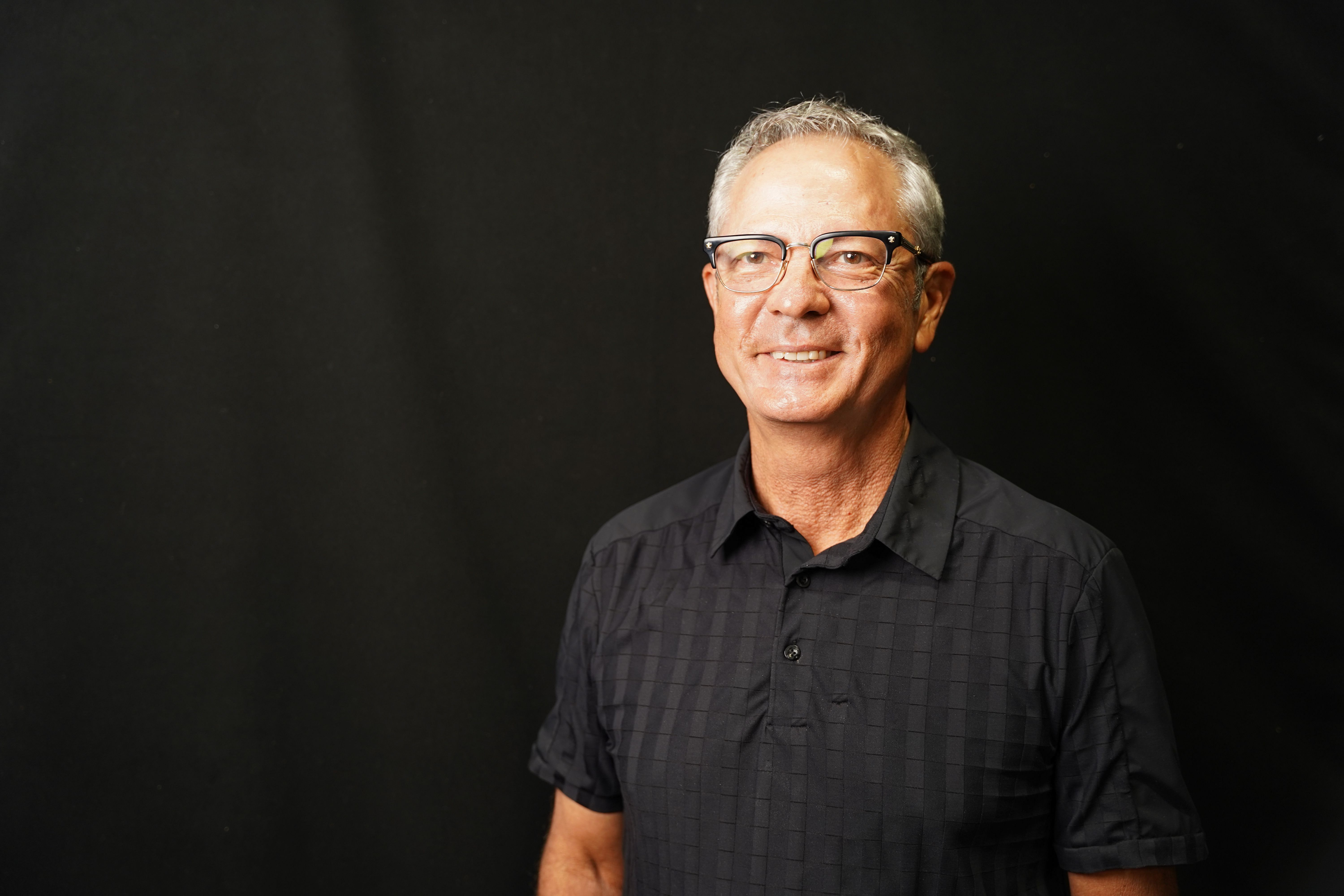 To really get into the US market, ROE opened an office in Southern California, with Frank Montero coming onboard as managing director. A well-known industry figure, Montero has held positions at many leading entertainment lighting companies, including Martin by Harman, and Claypaky, where he was involved in the US launch of the Sharpy, one of the most successful moving lights of recent years. When family reasons dictated that he could not travel for a time, he decided to open a rep agency, a plan that would allow him to work from home. At the same time, he began looking into video, a design discipline that was exploding across all market sectors.

“I felt that video had the future,” Montero says. “I connected with another Chinese company and became their exclusive rep in the US.” This arrangement lasted for a couple of years, until, he says, “I started to hear about ROE and ROE started to hear about me. They wanted to have a much bigger presence in the US. We had many conversations and made an agreement in October 2015—just before LDI.”

Interestingly, Montero says, “It took more than six months for me to make a decision [to join ROE]. I was doing very well as an independent rep, and I wanted to make sure this was a good fit. When I was hired, one request was that it would be done my way. They allowed me to manage the company.” This was surely a key decision; many international companies approaching the US market fail for lack of an experienced champion who understands the American business environment. Montero was well-positioned to address these needs. “That’s one of the positive things that I recognize about Grace and Jason,” he says. “They’ve given great support. We are incorporated in America, and we run it American. It’s been very good.”

Montero says the operation started out small. “There was just Crystal Wu, who ran our office, and Sergio Perez, a friend, as our tech. We started with a little place in Irvine that was about 2,600 sq. ft. From where I live, I had to begin driving at 6:30am to get to the office about nine! We did that for about eight months, until I said, ‘We need to move to a) where the action is and b) closer to my house’.” He laughs, then adds, “We needed to be closer to the production companies in Los Angeles, like VER, PRG, and Fuse T.G. We found a venue in Burbank that was 14,000 sq. ft.; now we could have a little bit of a showroom and a place for inventory.”

When Montero came onboard, ROE already had solid relationships with PRG, Creative Technology, and VER. He notes that one product, the CB8, used on one of U2’s big tours, helped to get the company into the top level of concert touring. The relationship with Creative Technology provided ROE with a reach into trade shows and corporate events. “Three months into the job, I went to the auto show and saw thousands of panels of Black Onyx,” he says. “My job was to further develop the market.”

Then came the event that took ROE to the next level. “I got a call from [virtual production specialist firm] Lux Machina, who wanted to do a camera test with some of our products,” Montero says. “We were moving, and I had an empty warehouse, so they came over. When I signed the NDA, I realized that it was something very big. And that was the beginning of the test for The Mandalorian.” The hit Star Wars spinoff series, which helped to launch the Disney+ channel in 2019, featured virtual scenery, using an enormous wraparound ROE Black Pearl 2 video screen to represent the vast landscapes of far-off planets. With staff members from Lucasfilm, the production company for The Mandalorian, talking up ROE product, the company’s entrée was all but assured.

Even before The Mandalorian, Montero had been busily expanding ROE’s business in the film/TV sector. But the success of The Mandalorian accelerated the process. Moving into 2020 and turbocharged by the pandemic was the advent of virtual production design, in which video imagery and real scenery are merged to seamless effect in a variety of TV and music video projects. In the last year, ROE has provided major installations in GUM Studios in Brooklyn, the flagship virtual production studio in Toronto for the visual effects company Pixomondo; Suite 47, a new production studio at Rock Lititz; Creative Technology’s new Las Vegas production studio; and new facilities in Los Angeles for XR Stage. It goes without saying that each of the projects requires thousands of ROE panels.

When asked what else, besides quality products, has driven the company’s success, Montero looks back on his years working at Martin by Harman when it was known as Martin Professional, under the direction of Eric Loader and the late Troels Volver, who remains a highly influential lighting industry figure years after his death. “The philosophy back then was: Get it done,” Montero says. “The show must go on. Help the customer right away. Don’t get caught up in whose fault it is. I have applied that culture and philosophy to my team. It sounds like a cliché, but we really do it. We have tremendous relationships with our clients.

“We know we have great products, but they are electromechanical units. Things are gonna go wrong. You have to be there to help the clients. It doesn’t matter to us if it’s a medium-sized company or a small project. For the client, it’s very important. I don’t recall ever losing a client. The philosophy is service. Without our customers, there is no business.”

A company’s culture of service must be cultivated, Montero adds. Citing major industry players like Mike Griffith and the late Fred Foster, of ETC, and the late Stan Schwartz at Rosco, he says, “You always felt there was a friendship. It wasn’t just a matter of products and money. I try to transmit that to everyone. My shipping manager knows our customers by name. The personal touch is irreplaceable. You treat your customers like you want to be treated.”

As the industry (hopefully) pivots out of the pandemic, ROE is ready with new products, including a new version of the Black Pearl 2, which is dedicated to the film market. As a sign of the company’s commitment to working in film and television, it has developed a testing program with several camera manufacturers. "Much of the testing we’ve done has been with respect to color accuracy in relation to PQ curves,” says Mike Smith, of ROE Visual US. “But when running these different tests, we also need to be aware of the effect on unwanted artifacts, moire, and scan lines.”

ROE works with consultants, DPs, and other industry professionals on improving performance of the entire system. This means everything from cameras to processing to tracking systems. Another important aspect to the company’s success is the constant communication between its product team, headed by Luc Neyt and Daniel Liu, and the market.

ROE continues to focus on the rental and staging market as well. Montero cites another product, the Vanish 8, “which we released just before the pandemic, which is getting specified for many tours with a large order placed by Fuse T.G. It was used in a big stadium show, starring Daddy Yankee, in Puerto Rico, [with product supplied] by Dharma out of Miami. It’s a very good product that is transparent.”

Meanwhile, ROE is on the move again. “We were in Burbank for two years, then we had to leave,” Montero says, noting the company had once again outgrown its home. “We found a new building, which was 52,000 sq. ft. I designed the interior, and it took about nine months to get ready. By that time, my warehouse manager said, ‘Frank—it’s too small!’ So, we found another building in Chatsworth, within three blocks, which is 40,000 sq. ft. We’ve gone from two employees to 40, with COO Steven Li heading operations.

“We’re successful in film because the quality is so high,” Montero says, by way of conclusion. “We guarantee that all the LEDs will be from the same batch. That takes months. But we keep getting orders. W. F. White in Canada has been calling, asking ‘How soon can you do it?’ The good thing for us is we deliver thousands of panels, and we don’t get any calls about issues or problems. I count my blessings.”