Megastar Justin Bieber is on tour for the first time in four years with his Justice World Tour. Presented by T-Mobile, the international tour kicked off in February 2022 and is set to conclude in late March of 2023. Among the enthralling features of this tour is the stage design that intensifies exciting new elements of the star’s performance, and also features ROE Visual LED products.

Justin Bieber is back and ready to perform as he continues his long-awaited tour. The “Peaches” singer has faced many setbacks in the last two years bringing his show to the masses. The Justice Tour was scheduled for Summer 2021 but was ultimately postponed due to COVID-19 restrictions. Then, after months of touring, the Canadian singer was forced to postpone concerts in June of this year due to a sudden illness that left his face with partial paralysis. While Bieber was upset about postponing concerts once again for fans, the Ramsay-Hunt Syndrome he was diagnosed with demanded he focus on his health and take a break from the road.

Now, Bieber is looking to the future with this next leg of the tour, kicking it off in Europe before moving on to South America and eventually ending in Europe in March 2023. His first show post-hiatus will be at the Lucca Summer Festival in Italy. The setlist for the tour includes music from his 2021 album, Justice, as well as a range of his hits over the years.

The design of the stage was created with flexibility and modification in mind. The display consists of multiple, large LED walls of decreasing size that are designed to move and change configurations during the set. The screens utilize an 8.3 mm pixel pitch to display vivid imagery and colors with ROE Visual Carbon series (CB8) panels. Lighting & video for the tour is provided by PRG.

Creative Director & Production Designer, Nick DeMoura, dreamed up the unique visual display, allowing for synchronization with set pieces throughout the performance. This comes in handy as the pop star commences the show by balancing atop a plane that emerges from the background. Other artistic elements of the show include the panels topping one another to form a wavelike arrangement, as well as a suspended floor piece that the singer performs on.

The creative director has been collaborating with Bieber for over ten years on his tours. Despite the delays with the Justice Tour, both DeMoura and Bieber were able to bring their vision to life. Speaking on the sectioned-out LED wall, “‘It gave Justin and myself a big blank canvas to create anything we wanted visually. Justin loved to work with me on the visuals and the direction of his show.’” (PLSN).

On the road with numerous artists, the Carbon series has become a staple in the touring space. Utilized for builds like the Justice Tour where weight is a significant factor in the design process, the CB8 panel only weighs 27.96lbs. This makes the rigging much easier for those unique set transitions. Likewise, the Carbon series is also equipped with magnet-assisted assembly, making it a breeze for the stage crew to handle. 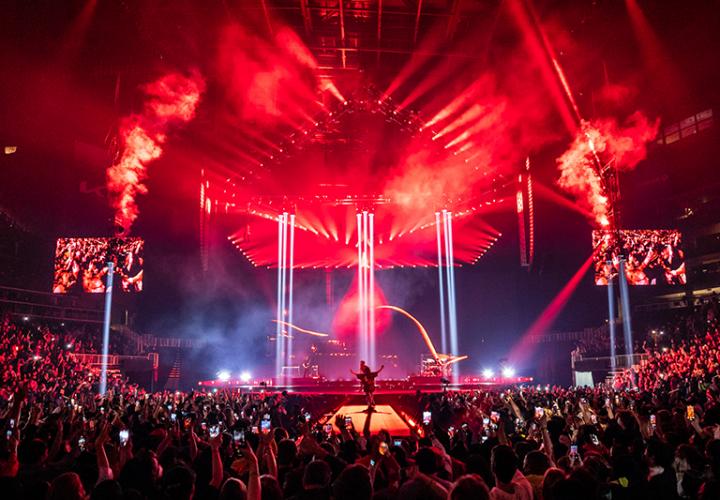 The Billie Eilish ‘Happier Than Ever’ World Tour is on its way. Featuring ROE Visual panels, the amazing stage covered with LED screens presented superior visuals. The incredible tour impressed all the audiences with the perfect integration of lighting art, excellent singing and attractive video content. 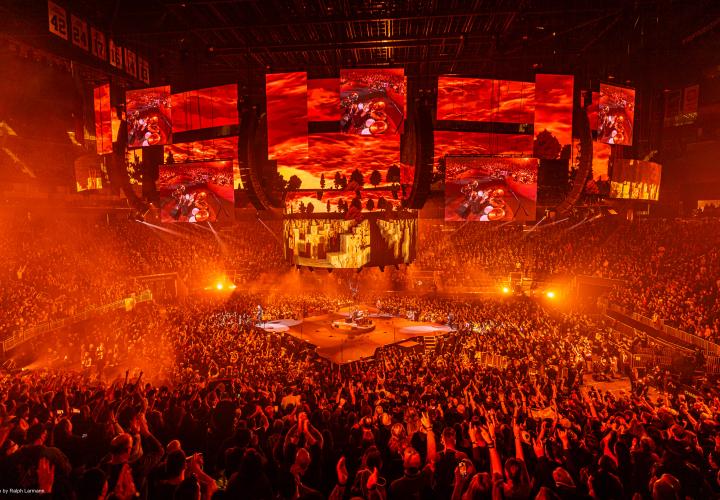 Celebrating its 40th anniversary Metallica performed at the Chase Center in San Francisco last December, making a splash in the AV world for the incredible production. ROE Visual LED screens were a central part of the show design. 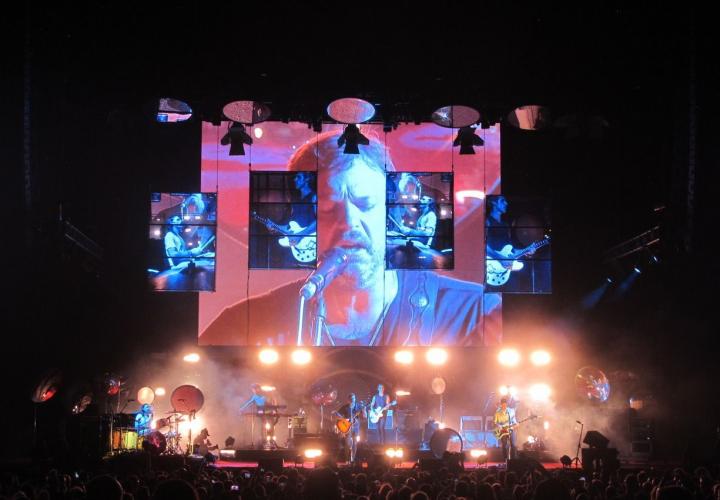