Darmah and ROE Visual Team Up for Latin AMAS Stage

Chatsworth, USA (June 3，2021)  - Responsible for the overall production design, Darmah has yet again designed a successful Award show for The Latin AMAS. ROE Visual products played a central role in the design, creating a stunning set with over 30 million pixels.

The 6th Annual Latin American Music Awards was broadcasted in April from the BB&T Center in Sunrise, FL, and simulcasted on Telemundo and Universo. This record-breaking audience witnessed 22 live musical performances. The show’s executive producer was Mary Black-Suarez of MBS.

Visually, it was as stunning as it was unique: Ricky Martin; Carrie Underwood and David Bisbal; Ozuna; and Maluma and Ziggy Marley performed with full bands and background singers due to a combination of strict COVID protocols and an innovative design approach. Darmah provided the creative set design, the stage construction, and all the LED screens. Darmah pulled from their impressive inventory of ROE Visual screens for this show, using their Black Onyx BO2, Carbon Series CB4 and CB8, Black Marble BM4, Vanish V8 Transparent LED, and ROE Strips. The 360-degree design, featuring four stages, had many advantages: First and foremost, it allowed a completely safe environment as after a performer finished on one stage, the cameras and the audience moved to the next stage while the first one was disinfected immediately. The small live audience moved along with the performances.  This was made possible by including a turntable into the design, which gently moved the audience toward any of the four stages to have the best view of the performances. 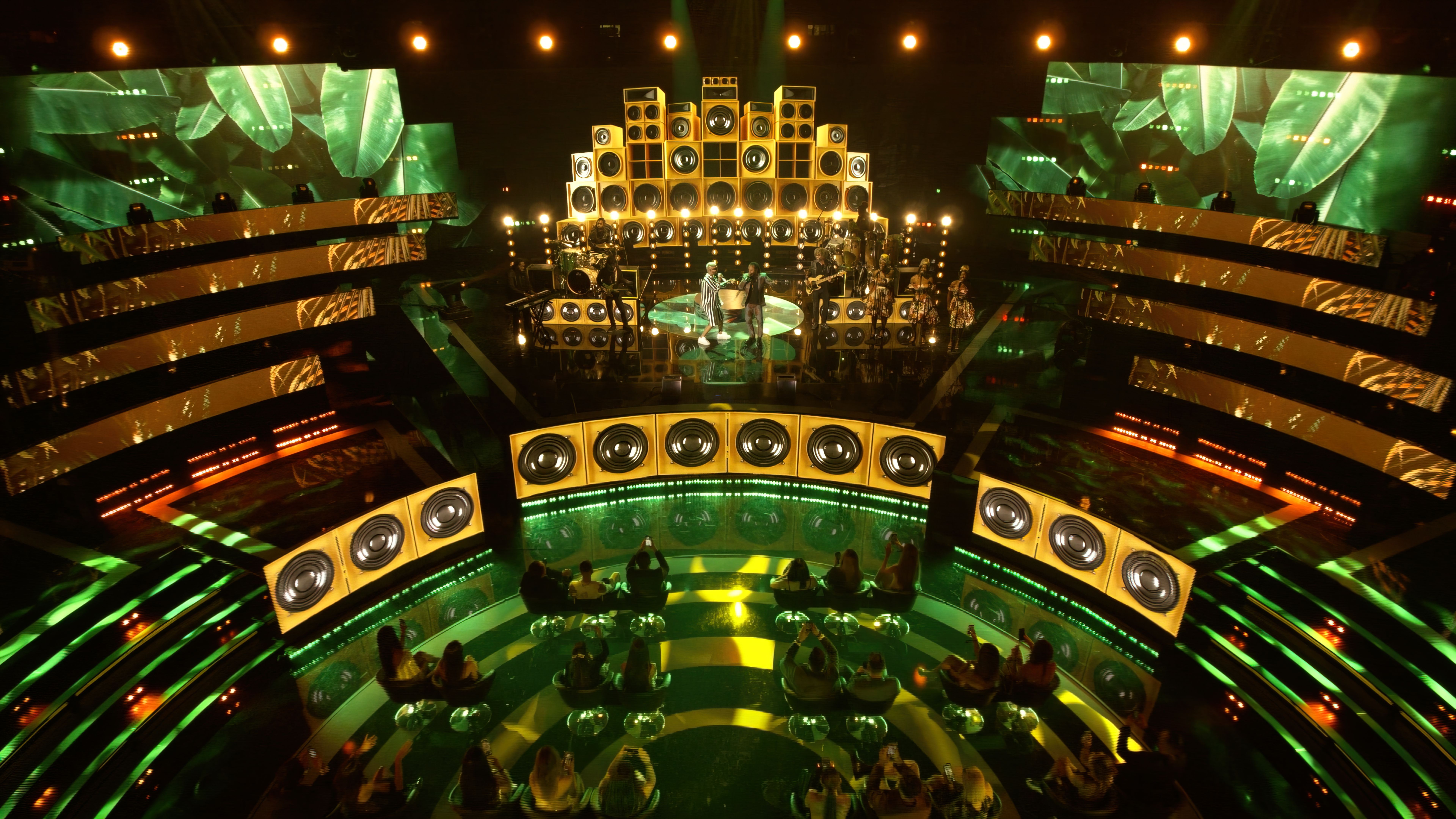 Darmah created all video content for the show. “I would give kudos to our design team and our content team,” says Darmah founder Rodrigo Proal. “As it is not common for one company to deliver all of the content, mind you, for 22 performances and make it all original and specific to the artist, I’m particularly proud of how the overall show turned out.”

Meeting Covid protocols closed some creative windows while opening others. Since props weren’t allowed, Darmah got creative with the staging, lighting, and video. “The design had so much technology near the artists that they felt immersed in the world, in the energy of the lights and the video, this giving energy to the performances,” Darmah partner Bianca Moncada says. “It was this whole world that wrapped around them, with beautiful content even on the floor, which was also made from LED panels, making the looks very immersive. We always want a beautiful picture for every performer, something memorable, so we focused on the actual performance and created a beautiful picture for the audience to remember. Visual and bold are definitely part of our core creative at Darmah.”

All this asked for lots of video screens to play out the content. “In the end, we used more than 30,000,000 active pixels,” Moncada adds. “We’re proud of the work our team did, and it was gratifying to see how beautiful it was all rendered our ROE Visual LED screens.” 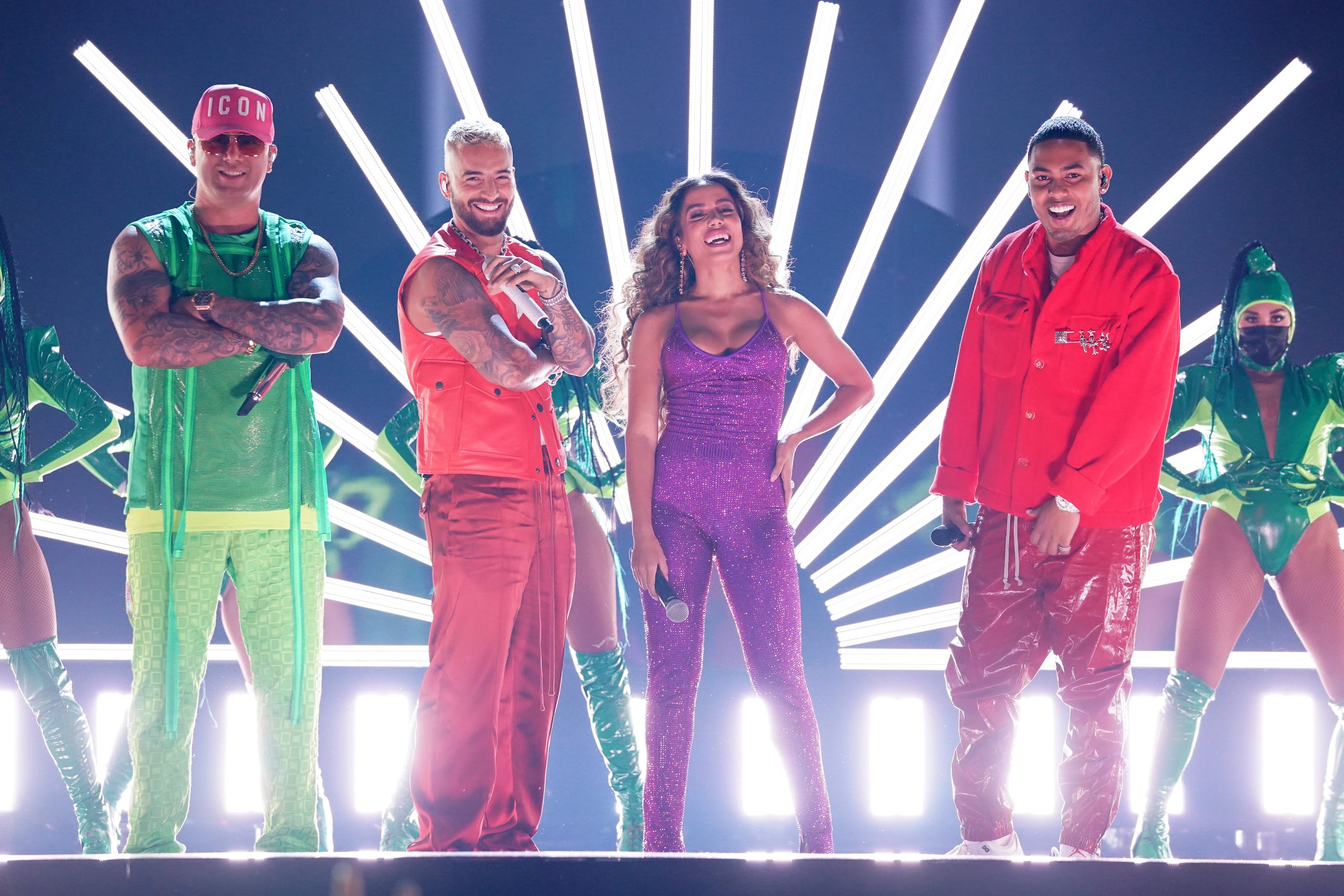